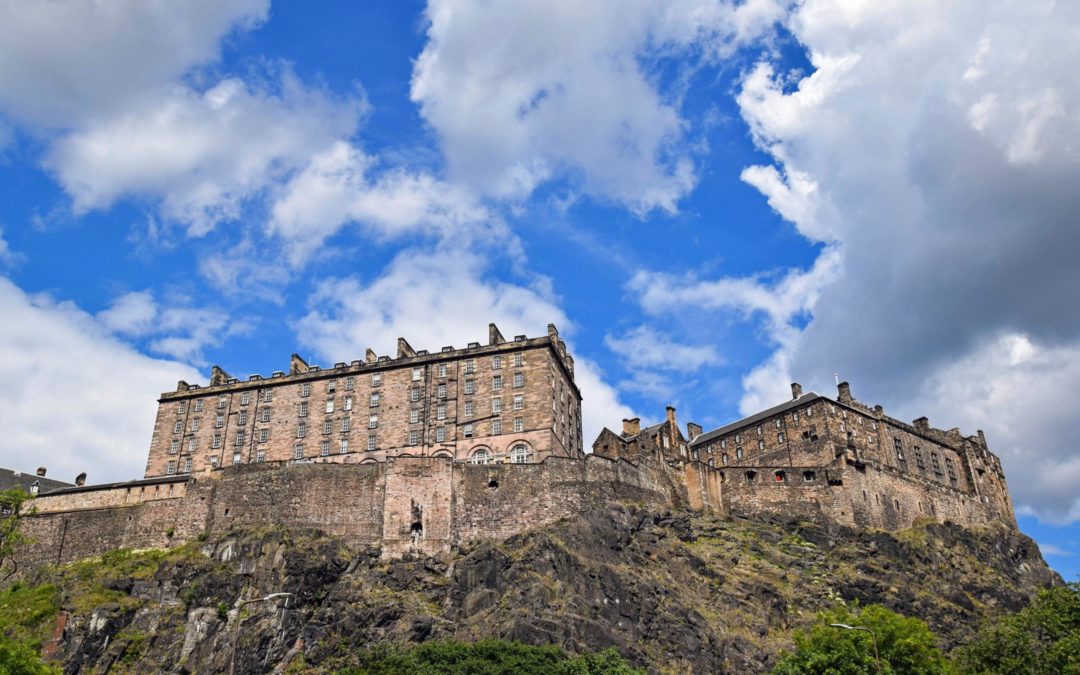 According to the latest report from Citylets, after 2 consecutive quarters of mild negative growth, the Scottish PRS returned to the black in Q1 2018.

Average rents in Scotland rose 1.6% year on year (YOY) to stand at £780 per month. Competition for larger 4 bed properties in particular in key urban markets resulted in steep gains, likely reflecting the strong seasonal student demand where there is some evidence to suggest supply is further constrained this year. PRS supply, in terms of available stock, has been reducing steadily from its 2013 peak.

Rents in Edinburgh reached an all time high as at Q1 2018 standing at £1062 per month on average, up 3.8% YOY. Whilst this may be pleasing for landlords and concerning for tenants the annual rate of growth does appear to have settled at around 3% down from the circa 5% in recent years. All main 1-4 bed markets recorded positive annual growth of between 3 and 6% as supply in the capital continues to decline. The average rental property in Edinburgh takes 27 days to let, up slightly on Q1 2017 by 2 days.

The Glasgow rental market reached another significant milestone in its PRS history in Q1 2018 with average rents rising 1.2% YOY to reach £749 and bypassing the Aberdeen average. As with Edinburgh, it is notable that the annual rate of growth has settled at a lower amount than in recent years at circa 2%. The five year average for the city is 4.4% annual growth and the ten year average is 3.2%. The average property in Glasgow rents in 31 days, up 1 day on Q1 2017. As with Edinburgh, larger 4 bed properties rose most at 7.3% YOY.

Dundee rebounded strongly from a sharp drop last quarter where falls in larger properties weighed on the city average. Average rents rose from £552 in Q4 2017 to £614 in Q1 2018, up a modest 0.7% YOY consistent with its generally sanguine characteristic but with 1 beds up a significant 5.6% YOY.

Similarly West Lothian saw a return to sharp annual growth up 4.6% YOY with all 1-4 bed markets recording strong growth. South Lanarkshire saw strong YOY growth in 1 bed markets at 3.8% contributing to growth of 0.7% across the region. 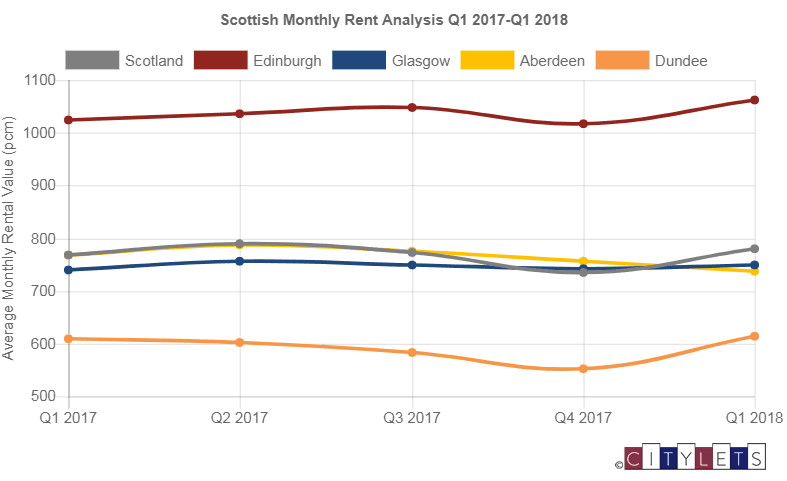 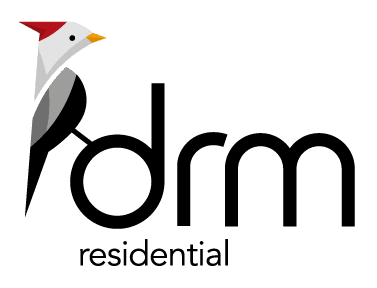 © DRM Residential
We use cookies to ensure that we give you the best experience on our website. If you continue to use this site we will assume that you are happy with this.Ok